I was watching a local TV show the other night hosted by two Atlanta radio personalities. They read a letter from a confused listener/viewer seeking advice, insight, or some sort of understanding in her situation.

The gist of the letter:

It describes a young woman in her late 20s, raised by free-spirited parents who encouraged sexual freedom and responsibility. She became sexually active around the age of 15. She had not been in a serious or committed relationship until recently. While at dinner with the beau of several months, he asked how many men had she’d been with sexually. She responded that is was 624. He called her slut. Now she is confused as to why he would call her such a thing. 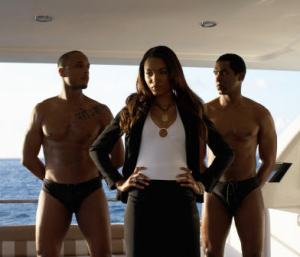 We know the double standard. A man can bed over 100 women and be considered a “player”. Yet, a woman who does the same is considered a “whore”. I’m not going to debate that issue. It is what it is and I don’t see it changing in my lifetime.

My question, as the title states, is how many is too many for a woman? For a man?

Think about it for a minute…

This prompted several conversations with male friends. One friend threw out an arbitrary number while others scoffed at the very idea. They gave me the “screw face” as if it pained them to even think about it.

Do you have a number yet?

Ok. So now, does it matter the woman’s age? Should we factor that into the equation? Reason being a 20-year-old woman having 20 sexual partners is quite different from say a 40-year-old woman with the same amount.

Given an individual’s liberal or conservative ideas on sexual behavior this is far too subjective. The answer will vary depending on background, social mores, religious beliefs, and convictions.

Personally, I don’ think a man should concern himself with the number of a woman’s sexual partners but rather if she has practiced safe sex and when was she last tested for STDs and the results of those tests.

So again, how many is too many? What is acceptable?

Should a man ask a woman the number of sexual partners she’s had?

Should the woman be honest and forthcoming with the number of sexual partners she’s had?