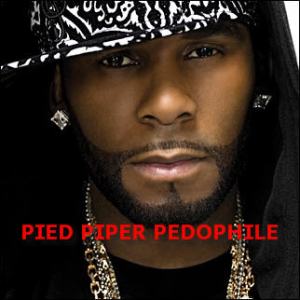 By now we have all heard the news that RKelly was acquitted on all charges of child pornography by a Chicago jury last week. Many think the prosecution’s case was weak while others are outraged that the R&B superstar has gotten away with exploiting yet another young girl. There are also those who think he should have never been brought up on charges to begin with and are very happy he’s dodged the bullet.The entire business surrounding this habitual pedophile has pissed me off and leaves me wondering what message does this send our young black females. Better yet, what has it done to help reinforce existing negative messages to our young girls and women about their self-worth?

I had a conversation with someone that left me very disturbed and wondering if, what I perceive as, their faulty logic is what keeps RKelly so popular within our community.

In short, I expressed my disappointment with the verdict only to be met with exhuberance and glee at the prospect of a new RKelly CD by the end of summer. When my response registered with the individual she proceeded to explain that while she doesn’t “condone” the behavior they can surely understand “how” and “why” such situations exist especially for an entertainer with fame and fortune.

During our conversation she told of how she was sexually active at 13 yrs old, how at the age of 15 was sleeping with a 21 year old man, recalling how she would get into clubs on fake IDs, telling men she was older than she really was, etc., etc. Because of these things she understands how the Kelly’s fame and fortune is a magnet for young girls. Basically, her reasoning is it really isn’t the man’s fault when young, fast, hot-in-the-pants, females make themselves available. “It is…what it is.”

Is this really how ‘it is’?

The first thing that popped into my head while she spoke was “who are the adults that failed you…failed to protect and guide you?”

I was a straight laced goody-two-shoes little girl, a book worm. As a matter of fact I was afraid of boys until I was 18 yrs old and didn’t lose my virginity until I was 19 almost 20. Having been molested at a young age kept me from the usual boy/girl shenanigans during my adolescent years. I remained “green” for a long, long time and for that I’m thankful. VERY THANKFUL!

My next thought was could our different experiences during adolescence have any bearing on our vastly differing views of these things? Does yours?

I can’t pretend to understand where she’s coming from, I can’t. It only reinforces that deep longing urge to protect young girls (and boys) all the more.

So, tell me what you think is at the root of this “it’s okay” mentality – the willingness for the black community to give predators like RKelly a pass.

How To Recession Proof Your Job - Chocl8t's Way

Single & Cynical in the City

A place to share little pieces of [my mind].

The Adventures of an English Teacher in China