I have been watching your story unfold and I have grown more annoyed and pissed off with each passing day. (Their story is HERE).

Last night I attempted to write about this and became so frustrated, I put it away. Frustrated because I could not find the words to succinctly describe just how stupid I think you truly are.

We're On A Mission From God!!

You went to Haiti with the intent to gather 300 “orphaned” children and bring them to the Dominican Republic for adoption despite the fact you were warned that your plan, your “mission”, was illegal. Now, worst case scenario is you can face 15 years in prison for each charge.

You claimed to be carrying out God’s will. God’s will? What? Did he speak to you? How do you know what God’s will is anyway? Seriously. Did God’s will instruct you to break the law and steal children away from their impoverished parents with the promise of a better life? (Many of the children found with the missionaries were not orphaned by the earthquake by the way.)

Now I ask, are you missionaries child traffickers or delusional Christian zealots? I say, BOTH.

It’s zealots like you that give Christians, in particular, and religion, in general, a bad name. You give more credence to the argument that those who are deeply entrenched in religion tend to have lower IQs.

Look, don’t get pissy with me for pointing it out. Check out the statistical data on the chart for yourself! (Click the image for a larger view.)

Anyone who blindly follows another person, organization, or religion without using his/her brain is cognitively challenged and deserve whatever they get!

Oh, and don’t start crying about religious persecution either! You’re not being persecuted for your religous beliefs but, God willing (pun intended), you will be prosecuted for breaking the law!! God had nothing to do with you making the decision to knowingly and willingly operate outside of the parameters of the laws in Haiti. You did that all on your own and you will suffer the consequences.

Be blessed. ::makes sign of cross over my heart:: 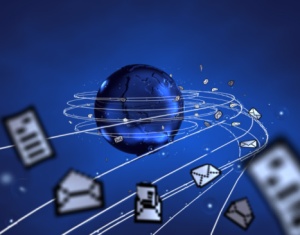 Stop sending me emails, texts, and whatnot instructing me to pass it along or else I will be stricken with the plague, an incurable pox, I will not be happy, or God will not bless me.

Do you really believe in this shit? Are you that desperate yourself? That hopeless and ignorant?

If so, you are already beyond any help this bullshit piece of letter can offer. 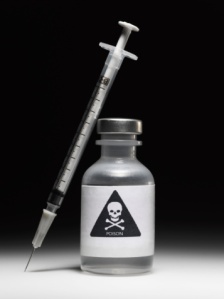 You’ve got to ask yourself some very important questions after viewing these videos. One being, why were the school officials so aggressive in trying to shut this kid up?

Why is this UNTESTED & UNPROVEN vaccine being pushed ad nauseum?

All I can say is….WAKE THE HELL UP PEOPLE!!!

Robert Wanek has the courage to stand for what he believes and to this I say BRAVO YOUNG MAN….BRAVO!!

END_OF_DOCUMENT_TOKEN_TO_BE_REPLACED

I have grown very tired of this fairly new euphemism “hatin“.  You’ve heard it before and I have even used it in jest when playfully suggesting a friend’s envy of some minor issue, object, event, etc., etc.

But what really pisses me the hell off are people who throw this term at others when they are expressing an opinion that differs from theirs. A commenter left such a diatribe here on my site regarding my post on Michael Jackson and most of my readers know me well enough to know I didn’t let that shit slide.  I, in turn, told the commenter to “fuck off“.

Now, I admit that was a bit harsh and yes, I could have addressed it differently but diplomacy is not my forte; never has been. I give it straight, no chaser. I considered apologizing but nah, I’m not going to backtrack. My response will stand as is, especially after the commenter invited me to “eat ass“, specifically, her ass. She’s a big broad too and  has enough ass to pass around for a Thanksgiving feast but I’ll have to respectfully decline. I prefer sausage, NOT fish.

And since I knoooow she’s going to return to check out my response and will probably want to spit more shit, I’ve BLOCKED dat ass!

You will not see her comments (yes, she left more than one). Why not? Because this blog is not a democracy. I couldn’t give less than a dayum about being fair and allowing “FOOLS” to voice their bullshit on my spot.

With that being said….

::giggling my Chocl8t azz off::

You’ve heard the old saying that you don’t speak ill of the dead, right? Well, I’m tired of holding my peace.

It seems, this not speaking ill of the dead, is being played out now surrounding the death of Michael Jackson. That or muthafuggas have sipped a little too much of the gatdayum Jim Jones kool-aid. Whatever the case – logic and reason have been tossed out of the window.

While I understand how many people choose to focus the accomplishments of MJs career, because he did make history and the musical genius could never be denied, I quickly burned out on the media coverage.

Oh…the hypocrisy of it all.

How many of you thought MJ was a perverted pedophile with identity issues prior to June 25th, 2009? Would you trust him around a young boy you loved? Your young son, nephew, or cousin?

Yes, I know MJ was acquitted of all charges in 2005 but it does not mean that muthafugga wasn’t GUILTY. People tend to live their lives in a state of denial despite the flagrant truths that are right in their faces. People don’t want to believe that someone can be, on one hand, very charming, intelligent and talented… but yet also diabolical on the other. It would take a diabolical bastard to build an amusement park in his back yard to lure young boys. Remember the story of the Pied Piper? Same concept, different tools.

But it takes a particularly sick fugga to allow young boys to sleep in his bed who are not his sons – sick with ill-intent. What well adjusted grown man does this?

Just recently video was released of MJ defending his actions with the assertion he was following the teachings of Jesus to love the children and be childlike. ORLY? I found this to be laughable at best and insulting at worst.

I’ve read the articles and blogs defending MJ and going as far as to call any mention of his “alleged” transgressions and obvious perverted behaviors a “demonization” to which I couldn’t disagree more strongly.

Al Sharpton flapping off at the gums stating the media wants to destroy MJs legacy. Well I hate to tell you, ya flat iron hot-combing pulpit pimp, but a part of that legacy is his panache for young tender boy booty meat. Oh, and the moment Al Sharpton opens his mouth to defend any issue/cause, said issue/cause loses all possible legitimacy and credibility.

In the video linked here, MJs former manager, Bob Jones, didn’t deny allegations of Michael’s relationship with an under aged boy. His responses are both disturbing and chilling (22:29 mark in the video). Watch the video..it’s long but it does offer some food for thought.

This guy, and many others in MJs camp, played a part in the continuing evolution of MJs perversion by turning a blind eye and a deaf ear as many of his fanatical fan base is doing today in the wake of his death.

Before he died he was considered pariah but now he’s pious? Deity, even?