Have you ever complained / lamented about the lack of positive portrayals of African American women in the media (i.e. reality TV shows)?

Are you sick of seeing African American women portrayed as loud, obtuse, bitter, hateful, nefarious gold-digging, fame-seeking whores whose decision making and life choices have proven to be questionable at best and down right stupid at worst as evident by the current state of affairs in their lives?

Do you watch Real Housewives of Atlanta, Love & Hip Hop (NY & Atlanta), or Basketball Wives? Well, I hate to inform you of this but you are a part of the problem. 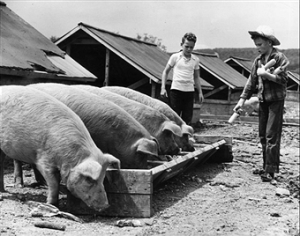 My grandparents owned a farm and I spent many summers with them. I remember begging my grandfather to let me help slop the hogs – that’s feeding the pigs for you non-country folks. In addition to the store bought feed my grandfather would mix with water, the hogs were fed all the food that was thrown in the garbage. Food that had spoiled, rotten fruit, watermelon rinds, the scraps from the dinner table, half eaten sandwiches, orange peels, etc., etc.

There was a bucket next to the back porch steps where this “slop” was stored. Every few days my grandfather fed this putrid smelling, fly infested mess to the hogs and they lapped up every drop pretty much in the same manner as you consume the “slop” offered to you within the programming content of the aforementioned television shows.

I know this will fall on deaf ears and leave you mute like Helen Keller but the argument, or justification, that it is simply entertainment is a bullshit excuse used to avoid accountability. And yes, you are accountable.

“If you build it, they will come”. And so you have.

You’ve come to the trough snorting and grunting and gobbling up the garbage with great fervor and the networks keep feeding it to you knowing your appetite will never be satiated.

But remember, you are what you eat! So please, stop feeding at the trough!!!!

Nothing pisses me more than intolerance and bigots.

Bigot – a person who is obstinately or intolerantly devoted to his or her own opinions and prejudices; especially: one who regards or treats the members of a group (as a racial or ethnic group) with hatred and intolerance.  Merriam Webster 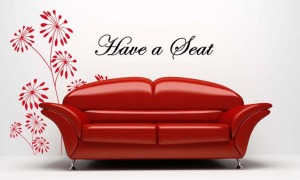 Which brings me to Newton Leroy Gingrinch, known to friends and foes as Newt. Who else finds his middle name Leroy highly ironic? No one? Okay. Moving right along.

Last week during a campaign stop in Columbia, Newt Gingrinch was asked if he would ever endorse a Muslin running for president. To which he replied, “It would depend entirely on whether they would commit in public to give up Shariah“. He went on to say, “A truly modern person who happened to worship Allah would not be a threat, a person who belonged to any kind of belief in Shariah, any effort to impose it on the rest of us, would be a mortal threat“. (Read the full story HERE.)

Newt…sitchyo ass all the way down!! Have a seat sir!

According to Wikipedia, Shariah (they’ve spelled it Sharia) is the moral code and religious law of Islam derived from the Quran and the example set by the prophet Muhammad. Muslims believe Sharia is God’s law but the interpretations of that vary widely between modernists, traditionalists, fundamentalists and also depends on country, society and culture. (If any Muslim readers can confirm or clarify it would be greatly appreciated.)

Let’s take a closer look at your statements Newty-Newt.

“a person who belonged to any kind of belief in Shariah….would be a mortal threat“

Oh, like the Crusades were to non-Christians? Or like the enslavement of millions of Africans by Anglo-Saxon European (new Americans) using the Bible as justification?

“any effort to impose it on the rest of us” and being “totally opposed” to Shariah law being applied in American courts. Oh, as opposed to say uhm…Christianity? 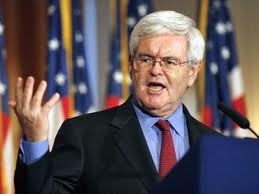 My name is Leroy and I'm a Cancer

The last time I checked the American governmental and judicial systems were based on Judeo Christian teachings in which non-Christian citizens are expected to operate within. And even though the First Amendment of the Constitution mandates a separation of church and state, Evangelical Christians have become such a powerful lobbying group who consistently flexes its muscle to impose their religious beliefs and biblical interpretations on EVERYONE. Extremists in this group have even resorted to violence in an effort to voice their oppositions to ideas and people who don’t agree. Think abortion clinic bombings. This makes their very existence a mortal threat to those who think differently. Does it not?

Newt, your assertion that someone of a different faith should publicly denounce their religion is beyond shameful…ignorant at best, bigoted at worst. But we should not be surprised nor shocked. You have a proven track record of bigoted, racist, divisive rhetoric, don’t you?

Oh, but what a fine upstanding Christian man you are sir. I mean, you’re a beacon of light, a fine example of Christian values. Who wouldn’t be after divorcing wife #1 when she was battling cancer; wife #2 after she was diagnosed with M.S., leaving her for your current wife (that’s #3 if you’ve lost track) all while calling for President Clinton’s impeachment for lying about his torrid sexcapades with Monica Lewinsky.

Yes….no Muslim would ever be fit enough to run for the presidency and be graced by an endorsement from the likes of you…..LEROY!! 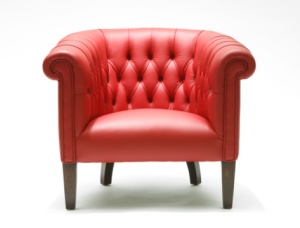 It’s been a long time since I have posted anything. Because of this, I’m sure my few regular readers think I have fallen off the face of the earth. But alas…I have not.

I am starting a new weekly posting called “Have A Seat” where I intend to point out the bullshit, hypocrisy and outright lunacy of people, places, or things that grab my attention. These things may be in the news or daily occurrences in my life. That is to say, no one is exempt. Given some of the things I see in the news this could be a long running series.

Hey y’all!! Paula Deen announced this week she was diagnosed with Type 2 Diabetes three years ago. Her revelation was met with a firestorm of criticism from many of her fans, diabetic patients, and a fellow celebrity chef, Anthony Bourdain. (If you missed that you can read about it here.)

The timing of her revelation coincides with the announcement of her partnership with diabetes drug maker Novo Nordisk as a paid spokesperson.

So here we have an overweight celebrity chef whose menu and focus is comfort foods laden with butter and sugar telling the world she is diabetic in order to educate you about the disease.

END_OF_DOCUMENT_TOKEN_TO_BE_REPLACED

When did this become a part of the game?

Side pieces and mistresses suing, demanding apologies and hiring attorneys?

While James and Allred want an apology from Woods, they won’t follow him to the Masters to get it. Allred said her client is moving on with her life, though James is still upset that “he lied to her when he said they would have a life together.” [SOURCE] 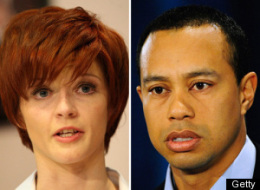 Correct me if I’m wrong…but isn’t that what married men DO who cheat on their wives? LIE?

Nearly every married man who cheats tells the mistress they will “have a life together”. That’s to keep the simple bitch around and available for him to do as he pleases.

He lied. You believed the lie. Now…Tiger has done what many married men do after the affair is exposed – he went back to his WIFE, begging and pleading for forgiveness, no doubt.

Miss me with that demanding an apology bullshit! Tiger owes these hoes NOTHING!! Not an apology, not closure…not even a kleenex for the fake ass tears they may shed.

YOU ARE OWED NOTHING!!

If anything, you owe it to yourself to find some gatdayum self-respect and dignity. First, you can begin with NOT screwing married men.

Secondly, SHUT THE F**K UP!! Stop talking to the media!. You’re an attention seeking whore looking for your claim to fame but I hate to tell you….THIS isn’t it. Mmmkay…Thanks.

Finally…fire that ball busting barracuda Gloria Allred!! That woman looks like she bites off and chews men’s penis’ for a hobby! Why hasn’t she been disbarred is beyond me. She is representing these women for what? What legal rights do you have as a MISTRESS? None.

Yeah, that’s what I thought.

HA!! There’s no way in HELL that is ever happening but this latest incident at SeaWorld in Orlando has irked the shit out of me.

If you have not heard about the Orca, Tillikum, killing its trainer, Dawn Brancheau, you’ve been under a rock somewhere. So, if that is the case, you can read about it HERE and HERE.

I have never been an “animal rights” advocate. The only “rights” any animal in the food chain has is the right to be on my plate fried, smothered-n-covered, medium rare, or well done. Domesticated pets such as cats and dogs are the exception. AND for the record – I HATE PETA with every fiber of my being. 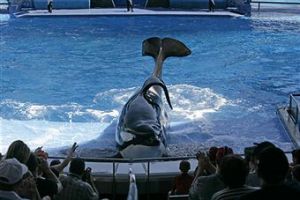 However, theat being said, I am totally disgusted with the position SeaWorld has taken in the wake of Dawn Brancheau’s death at the hands jaws of Tillikum. They have attributed this “accident” to trainer error and the show must go on. Starting tomorrow, Saturday 2/27, the “killer” whale show will resume with the stipulation being trainers will not be allowed in the water with the animals.

Am I the only person angered by this?

The SeaWorld corporation sees its bottom line too important to do the right thing. They stand to loose too much money by releasing the whales back into their natural habitat. The reason they are trying to sell to the general public is that they are doing us a great service by allowing you to see the animals up close, educating us about them, and basically preserving the species – regardless of the harm done to the animal and the loss of human life. (Check the video below)

As long as the demand is there – meaning as long as YOU pay to see “Shamu & Friends”, SeaWorld will continue to exploit these animals and undoubtedly, more trainers will die. Neither of which sits well with me.

Where do you stand on the issue?