I hate mainstream media (MSM)! HATE them with a passion!!They have proved to be no better than bloodsucking parasites with no regard for a person’s privacy.

Case in point: the California mother who gave birth to octuplets earlier this week. Let’s review shall we. 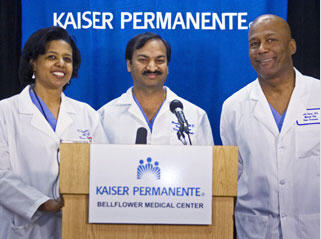 When the news initially broke, the doctors at the hospital did not release the mother’s name and only gave information regarding the historical birth. Apparently this is only the second time a woman has given birth to eight babies.

The woman, whose name has not been released by the hospital, is only the second ever to give birth to octuplets. The hospital staff would not comment on whether she had received fertility drugs, which have been linked with instances of multiple births. [ABC News]

Did that stop MSM from digging around in this woman’s life and that of her relatives? HELL NO!! To make it worse a close family associate was flapping his/her gums to media that the mother already had 6 other children.

Media knew little about the woman until a family acquaintance told CBS’ “The Early Show” on Thursday that the mother is “fairly young” and lives with her parents and her six children.

Within hours, media had camped out at the family’s home inWhittier, where the babies’ grandfather pulled up in a minivan in the evening and briefly spoke to The Associated Press. [FoxNews]

Ooo weee…there’s blood in the water now! MSM is circling like a school of man eating sharks. BASTARDS!!

Oh but what makes my ass itch worse than an untreated yeast infection is muthafuggas are now questioning this woman’s choice and whether or not it was ethical for doctors to have implanted the embryos.

Ok so she already had 6 children.Why is this anyone’s gatdayum business? WHY? Who are you muthafuggas to question someone’s right to have children or how many? Unless she is asking you directly to take care of her children then people need to back the hell up!

Now, I don’t think this was the smartest decision a person could make given her circumstances. (According to reports she’s unwed and lives with her parents in a small home.) Howeverrrrr…I will defend her right to make that choice without judgment from a society hellbent on attempting to regulate what other people do with their lives.

I will also defend her right to privacy and offer my services to kick the ass of the person who put her business on blast to the media. MSM, notwithstanding, I loathe that little fugga worse than menstrual cramps and men with Vienna sausage sized weenies calling it a penis! I want to put my size nine foot up his/her ass side ways with a steel toe boot outfitted with spikes, laced with rubbing alcohol!

This country has turned into a bunch of bitchass, narrow-minded, frightened little hypocrites with nothing better to do than to peer into the lives of others passing judgement so they can feel better about themselves.

To this lot of people I say GO BITE A FAT ONE! Bitches.

My name is Chocl8t and I approved this message.