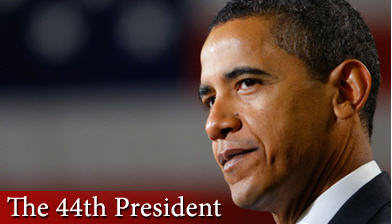 Today at noon, the 44th President of the United States, Barack H. Obama, will be sworn into office. His right hand on the historical Lincoln Bible and his feet on the steps of United States Capitol which was built, in large part, by slaves.

To say this is a very historical moment in U.S. history is an understatement. This is a moment I thought I would never see in my lifetime.

Changing laws to outlaw racial discrimination was easy and paled in comparison to changing the hearts and minds of the people who actively sought to keep blacks and minorities oppressed. Even so, as a child I was told that I could be and do anything if I set my mind to it and worked hard to achieve it. However, growing up I realized those were lofty words of encouragement built on hope but steeped in doubt.

But, today, this day, January 20, 2009, I can look at my nephews and tell them with confidence and conviction they live in a world where they can grow up to be President of the United States if they work hard.

I will be able to give them proof of that today.