“gorgeous digital cinematography…deserving to be seen on the big screen.” Simran Hans, The Guardian

“The story is centered on racism, on the fears, the humiliation, the terror, and the violence inflicted upon black people in the south by whites.” – Richard Brody, The New Yorker

In the name of art, the trauma of Black souls and bodies is yet again the focal point of the critically acclaimed film, Mudbound. Writing beyond this sentence has proven to be quite difficult for me.

Expressing the complicated emotions that bubbled up as I watched the story unfold has proven to be no easy task. A story told repeatedly over the years. A story that Hollywood apparently never gets tired of telling but one that many Black Americans (i.e. ME) are sick and tired of seeing. A story where Black Americans are under the thumb and heavy boot heels of white America forced to choose between dignity and life. A story where, more often times than not, a white savior is always present because of course, “not all white folks”. A story that film critics fall all over themselves to reward with praise and accolades. (The Guardian 4 stars; Rotten Tomatoes 97%/5 stars; RogerEbert.com 4/5 stars; IGN.com 9.1/10) 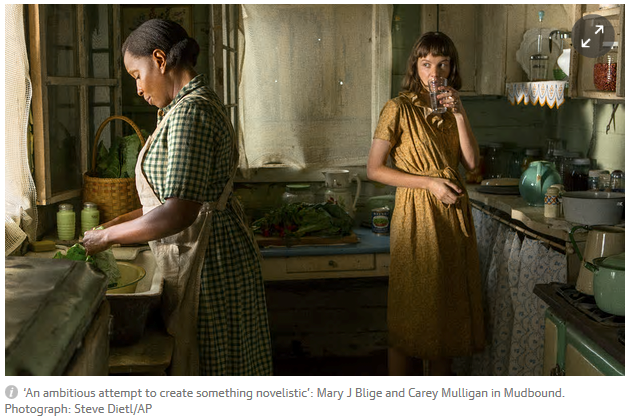 I do not consider myself a film critic nor did I major in cinematography so I can’t speak to the technical aspects of the photography, editing, lighting, etc. Having never acted a day in my life, I will spare you my opinions on the performances given by the talented thespians. Save to say that I forgot Mary J. Blige was Mary J. Blige. Whether to attribute that to her mastery of the craft, the compelling story, or my state of mind I have yet to determine.

As with the slave narrative, I can go the rest of my life without seeing another movie where Black people are subjected to physical and emotional trauma at the hands of white people, where Black men and women are forced to choose between their dignity and their lives as well as those of their loved ones. On more than one occasion, you see this play out in the movie.

Ever present throughout are the antagonists: the mild mannered educated and cultured white woman, her equally educated engineer-turned-farmer husband who knows his position and power and exercises it like a skillful surgeon with a scalpel, and the hateful bigoted patriarch of the white family. 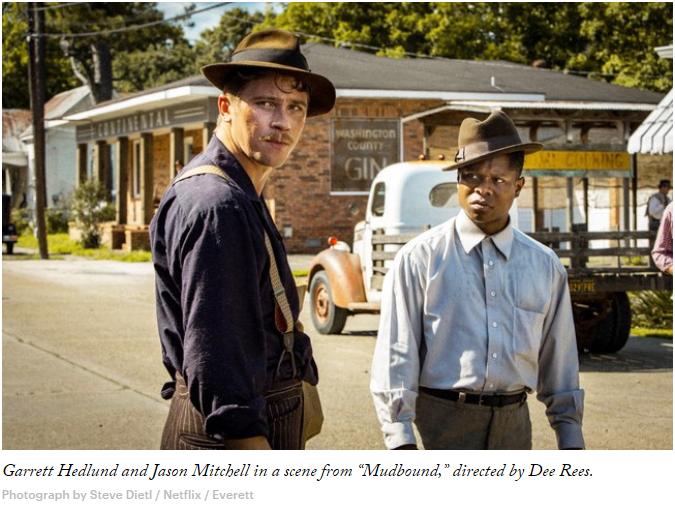 And then we have the “savior”, the great white hope, the “see, not all white people” knight in shining armor, who is, by the way, absolutely and unequivocally the most dangerous of them all. It is his actions and behavior that places the black family directly in the crosshairs of those looking for any reason to inflict hurt and harm.

I walked away from this film as I do most films of the same nature – pissed off and tired of  the same theme play out before my eyes, again. I know it all too well having been told stories by my parents, grandparents, great-grandparents, etc. What I really want filmmakers, both black and white, to understand is that there is more to the post-slavery Black American narrative than suffering.

To my Black brothers and sisters, if you choose to see the film, brace yourselves. Or you can save yourself the misery and wait for the February release of Black Panther and walk away with your head held high, chest out, back straight, feeling affirmed, empowered, and loved in all of your blackness.