Awe f**k!! Here we go again with THIS boolshyt…

That was my initial reaction and comment when reading the OHN post “Are Black Women Too Picky“. 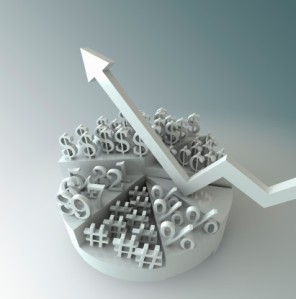 As a 43-year-old black woman, I should throw in the towel and call this life quits. Sometimes it feels like and all out assault on black women.

According to “statistics“, the reason I am not married, along with 40% of black women in America, is that the majority of black men are incarcerated, gay, or dating Kim Kardashian.

According to author, (I use the term loosely), Jimi Izrael’s TRASH book “The Denzel Principle“, black women are too picky. We should toss aside all standards and hook up with the likes of his twice divorced three baby mamma ass!! I heard that tidbit of information when he was on the Tom Joyner Morning Show several weeks ago.

Even if I can lower my standards and find an available black man to marry at my age, my chances of having children has dramatically plummeted due to the ever decreasing number of eggs I’m producing…and those I do produce “ain’t ’bout shyt“.  A scientific term. *wink*

That’s right people – my eggs are hard-boiled! Be on the lookout for that autistic corky kid wearing the helmet licking the school bus window – he’ll be mine.

Yeah, according to “statistics”, slanted science, and bitter authors looking for a payday, I should just say “fuck it”. F.M.L.!!!!

That is…IF I believed everything I read or hear or if I were easily influenced by others’ opinions.

Think about the theory of self-fulfilling prophecy:

Positive or negative expectations about circumstances, events, or people that may affect a person’s behavior toward them in a manner that he or she (unknowingly) creates situations in which those expectations are fulfilled.

But I remain on a constant vigil not to internalize the negative crap I hear on a regular. My advice to other black women is to do the same. Tune it out! Stop and think about how and why these messages are being disseminated and definitely consider the sources. 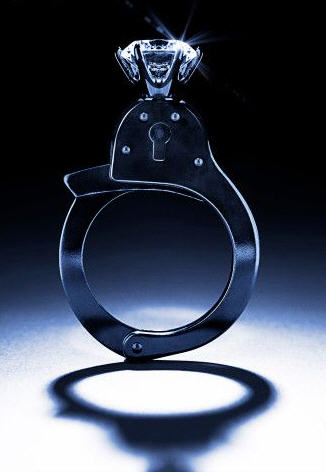 A good male friend emailed the following article to me. He informed me that he engaged in some heated debate over it, mostly from emotional baggage carrying females.  I, in turn, shared it with a female friend who, like me, didn’t get bent out of shape but rather agreed and acknowledged the author made some very good points.

I am posting the article here for discussion purposes. Feel free to voice your opinions.

I think there is a lot of disenfranchisement out there i found this on that “Men going there own way” website, it’s long but i think it conveys how some men feel today;

“The non-lawyer half of the InstaCouple says this:

I think women don’t understand how clinical men can be when it comes to analyzing a relationship. (Note: just because we don’t talk about our relationship with you, doesn’t mean we don’t analyze it.)

Here’s how I explain it. I think that men keep a running ledger going in their subconscious—all the good/great things about their relationship on the one side, and all the bad/terrible things on the other. At some point or another, if the perceived negatives outweigh the positives, the man will quit the relationship—I mean, just bail out of the whole thing—and usually with a swiftness and finality which confounds women.

Because we’re guys, we don’t talk about this much—even, or especially with other men, and hardly ever with women. But it’s a plain fact.

Now, because we’re guys, certain things have a disproportionate effect on both the good and bad things: on the good side, sex, food and shared interests being probably the best examples; on the bad,infidelity, constant nagging and invasion of privacy constitute the negative. The degree of each, good or bad, will vary among individual men, of course. Some men will put up with almost anything if the sex is of the “bed on fire” variety, for instance, while others will walk out of a relationship for something as trifling as compulsory weekly visits to Mom (hers).

Frankly, it doesn’t matter what these things are. What’s important is that they are each weighed, and applied to the ledger. And when the negatives consistently outweigh the positives, the man will say (to himself), “You know what? This isn’t worth the hassle. The hell with it.”

And once that decision is made, the relationship is over. Now, it may take a long time for all that to happen. Men are not accounting machines, and this is not a daily, or even a regular process. But it takes place in every man, sooner or later, when the negatives get too much to live with.

What’s interesting about all this is that as men grow older, the process becomes a lot quicker—mostly, it should be said, because younger men can put up with almost anything if they’re getting laid. As men get older and sex becomes less important, however, the “bullshit” factor and the tolerance thereof become more important.

I am not interested, incidentally, in hearing the female side of this. The topic is “why men are putting off getting married”. Here’s why.

All the great advantages of the women’s liberation movement have created an environment which, frankly, does not leave men with much. We can’t flirt with women at school, college or at the office anymore, because one man’s “flirting” has become another woman’s “sexual harassment” and the punishments for such transgressions are not only severe, they’re permanent—crippling a man’s career and prospects thereof.

When a woman can get pregnant outside wedlock, and still hound a man forever for child support (with the enthusiastic support of the State), is it any wonder that men, even though ruled by their sex drive, might actually step back a little and think with their heads? And once married, if a divorce becomes a later reality, he stands a real risk of losing access to his kids forever, because if Milady is feeling vengeful—and most do, in a divorce—the merest suggestion of “endangerment” or “violence”, and he is completely screwed, forever, even if the allegation is a complete falsehood.

I am not denying, by the way, that men have brought a lot of this on themselves. But remember, men are more clinical about relationships than women are. It is an absolutely certainty that men read all the news about some guy losing his right to own a gun just because a spiteful ex-wife filed a nonsensical claim of “abuse”, or guys getting ruined because of an intemperate offhand comment at the office, or even, good grief, getting hit up for child support after having been an anonymous sperm donor—and ask: ”Looks like the rules are all in her favor. Remind me: what’s in this ‘marriage’ thing for me , again?”

And the fact that women have become more sexually liberated doesn’t help matters. The old saw is true: why would a man go to the trouble of buying, stabling and feeding a cow, when milk’s available at the supermarket?

Remember: the early post-adolescent years are the time in men’s lives when they are most ruled by their sex drive. If the drive can be constantly sated by willing women, can anyone be surprised that when the sex drive starts to fade in importance, men look at all the other parts of a relationship, and find that the game just isn’t worth the hassle?

At ages 19 to about 27, men are at their most vulnerable for marriage, because the nice thing about married sex is not that it’s necessarily great, but that it’s pretty much always available, without too much work involved.

But if during those early years women don’t get their hooks into a man soon enough, the job becomes progressively harder as the man ages. So if women spend those early adult years building themselves a career and “fulfilling themselves” at the expense of getting married, they will find that when they do finally want to settle down and get married, men are no longer as welcoming as they were before.

And the foundations of all that were put down when women tried to stop men from being like men. Even with sex involved, men will always apply “The Ledger” to a relationship. Without sex, men are, quite simply, unwilling to put up with all the shit that a woman brings to the party. And when men feel that the dice are constantly loaded against them, they’ll simply refuse to play the game, at all.

None of this, incidentally, applies to the lucky men and women who found their soulmates—but I have to tell you, life isn’t much like the deliriously-happy couples on eHarmony.com. For every blissful couple in the ads, there are literally millions for whom a relationship is not a joy, but a wearisome chore.

One more time: I’m not interested in hearing The Other Side Of The Story from women. We’ve heard little else for the past thirty years. The question was: why are men getting married later, if at all? This post is the answer, and women should not be shocked by its conclusions.

The saddest part of this is that all things being equal, most men actually enjoy being married, and look forward to it. It’s nice to have someone to come home to, someone with whom you can just be yourself, and someone to share the wonderful joys of having kids. And don’t kid yourselves, the sex is great. A buddy of mine, married to his childhood sweetheart for over twenty years, put it to me this way:

“A lot of the time, the sex [between longtime marrieds] is fine, or just so-so. But every once in a while, it’s fantastic, tremendous, brilliant, and better than you could ever ever get from a stranger.”

The men who are resisting being married are cutting themselves off  from all this—and women should ask themselves why this is the case, without  resorting to the “men are just refusing to grow up” bullshit.

They’re not refusing to grow up: this is the reaction to the constant belittlement and the infantilizing treatment they’ve been exposed to all their lives. “ 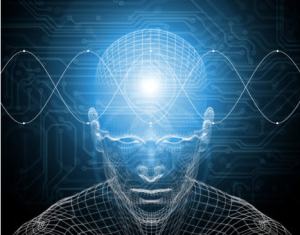 I have a few things on my mind and I need to vent. Some of the following have amused me while others have pissed me off. Others just leave me perplexed with that befuddled look on my face. 😐

– Why is the general public, or better yet, main stream media shocked when women who are 40+ years  are in shape and look great? This recent media blitz over Jennifer Anniston posing nude in American GQ irritated the shit out of me. I mean, really. When a woman turns 40 she doesn’t fall into some abysmal pit of hell people!!! Well, some don’t. I know I haven’t and don’t plan on doing so either.

– I spent the majority of my adult life wanting to get married and have children. Wondering when it was going to happen and with each birthday growing more and more anxious that time was slipping away thus creating a shorter window of opportunity for this to materialize. Well, no more! I’m at a good place in my life. I’m happy and content with where I am with the exception of a few minor things. The idea of traveling is more appealing than getting pregnant, gaining weight, and pushing a little 7lb human parasite out of my pleasure palace! UGGGHHHH!!!!