I have always taken great pride in the fact I had several friendships for more than 20+ years. To me, it was a reflection of my stability, faithfulness, loyalty and commitment to those relationships.

In recent years though, I have found it necessary to weed out a few of those friendships that existed in name only – friendships that no longer supported my personal growth and subsequently the person I had evolved into. We no longer shared common interests nor held the same philosophical beliefs. 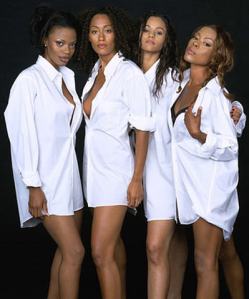 On more than one occasion I  found myself defending my beliefs and my decision on how I chose to live my life to people who just did not get it. Not to mention the many times I ended up scratching my head in response to some off-based, immature, self-serving personal ideology expressed by all of these “friends”. Too many times the thought crossed my mind that I was walking among aliens – always feeling like the “odd man out”.

One time in particular, me and these three “friends” were discussing one friend’s decision to have a child without getting married and no real plans to have the father in the child’s life. Her “dream” was that we would all have children within the same age range and raise them together. These dream children would grow up to be friends – like us.

After expressing my support for this friend and her decision, I explained that this would not be the route for me for I believe a child needs both parents and I would not embark upon the difficult path of single motherhood knowingly and willingly. I stood my ground even in the face of these “friends” assuring me I would not be alone because they would be there for me.

Most rational, logically thinking persons can see the fallacy in that “argument/assurance”. However, I found myself pointing out to them that at the end of the day the responsibility of feeding, clothing, nurturing, and educating said child will fall squarely at my feet. It wasn’t something to take lightly or enter into haphazardly. This concept seemed to be lost on them because in the same conversation one person so eloquently referred to me as a “fantasy bitch”.

Yes. You read that right!

Because of my logical rationale…I was living in a fantasy world.

Needless to say it was all downhill from there. However, it still took a few years for me to get to where I am today having removed each of them from my life.

Why so long you might wonder? Well, again, I had known these ladies for a large part of my adult life and reasoned that people do not always agree but can remain friends. I had 20+ years invested in these relationships and to just walk away seemed wrong to me.

It wasn’t until a conversation with another girlfriend about my reluctance to release the last of these friends that I had my “aha” moment. We were discussing how this relationship had deteriorated over time and how it left me feeling deflated. The friendship had become one-sided and burdensome – a virtual albatross on my spirit. She said to me, “You’re holding on to this last friendship like people do with bad marriages because they feel like they’ve put in so much time and effort. But the relationship has reached its peak and is no longer growing or evolving. How long will you hold on to something that is, by all accounts, dead?”

That stopped me in my tracks.

It was at that moment I realized it was okay to cut the ties. The relationship was no longer working for me and it was okay to set it free and to free myself from the weight of it all.

I realized my decision to walk away from this friendship did not reflect negatively on me. It did not mean I was a flaky individual unable of sustaining a friendship because the years I remained a loyal faithful friend proved otherwise.

What it does mean is that I have the courage to move forward, to grow, to evolve and I realize that everyone will not be a part of nor bear witness to this evolvement. 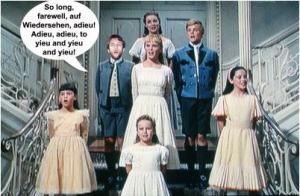 To those friends of my past – I wish you the best. 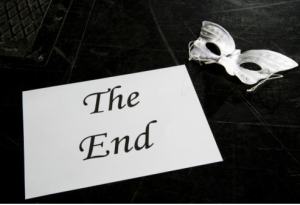 The catalyst to this change has been me. Change is the result of growth. Growth brought about Knowledge which fostered Vision.

Vision has allowed me to see people, places, and things as they ARE and not as I wish them to be.

So I can’t say I did not see this coming, therefore, I am not surprised.

Should I write about it? Is it worth the time? I have a sense of calm and peace about the outcome and dare I say it, a sense of relief. So why give it more thought and energy than it deserves?

The season has passed.

A friendship has ended.

Webster’s defines resurgence as “a rising again into life, activity, or prominence“. That is pretty much how things have been for me as of late and I have welcomed the change.

I’m not sure why I retreated into my cocoon but it was not long after I moved into my current home about 7 years ago. If I was pressed to give an answer as to “why” I would tell you it was not one reason but a culmination of several things.

On the heels of some really intense drama in my life (more on this later), I began saving for the down payment of my current home and eliminated a lot of unnecessary and frivolous spending. This meant little to no hanging out subsequently and hanging out in the club scene in Atlanta had long ago lost its appeal. The few close friends I had at the time were newly married and their lifestyles differed from mine. In other words, they were “boo’d up” and I wasn’t in a steady relationship.

END_OF_DOCUMENT_TOKEN_TO_BE_REPLACED

Happy Monday and Happy St. Patrick’s Day!! We had an eventful weekend here in Atlanta. I’m sure most have heard about the tornado that left a path of destruction through the downtown area. Me and my family made it through the rough weather without any problems. Thank God!

A little over a year ago I had an encounter with a “friend” and an “acquaintance” that left me emotionally drained and wondering why the hell I even bothered entertaining them at all. Both ladies were miserable with their life choices and the acquaintance took a swipe at my upbeat philosophy and how I walk my path in life. I walked away from the situation resolved not allow their negativity and unhappiness to seep into my spirit.

I have known the friend for close to 20 years and the friendship has seen closer times. Over the years I have periodically put distance between us because of various reasons. Because of her, shall we say, “lifestyle”, for lack of a better word, I grew weary of men approaching me the same way they approached her just because we were hanging out together. Most made that assumption – birds of a feather. Well, that could not have been further from the truth. I’m trying to be subtle, kind, and delicate with my description of how she is/was without being crass but if you need me to draw you a picture…she’d do anything that moved.