I gave myself the name Chocl8t. It came out of a need to celebrate and embrace my dark brown skin and to finally accept it as a positive attribute of my physical appearance. 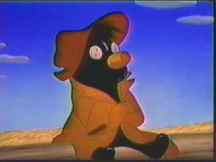 I thought I would make it through my blogging life without writing about this. However Senator Harry Ried had to open his big fat mouth leading to everyone else weighing in on the, often times, touchy issue of  “complexion” within the Black race. Allison Samuels hits many of the salient points in her article at Newsweek. (Click HERE to read) The subject is as old as slavery itself and for me it hits uncomfortably close to home.

For longer than I care to admit I did not look at my dark skin as a good thing. In fact, I was 18 or 19 yrs old before I really “looked” at myself in the mirror. How could that be you ask? Let’s go back to New Orleans, circa 1970s.

I was growing up in a city steeped in racial prejudice – racial prejudice within the black community. The same city that had black “social” clubs and bars that you could not gain entry if you were darker than a brown paper bag. This was before my time but the attitudes remained.

I have memories of the little school boys who flocked to the lighter skinned girls in school, little girls like Tanya Graham with her cafe au-lait colored skin and baby doll like hair. The boys were mesmerized by her. It remained the same through junior and senior high….different girls but the same “look”.

It was also during these elementary school years that I was teased unmercifully by school mates and family. I was called, among other things, Little Black Sambo, Tar Baby, or lil darkie. My dad’s favorite thing to say was that I was his little “ink spot” which originated from me sleeping on the bottom bed of a squeaky bunk bed set. The “joke” was one day my parents would come in the room to find that the top bed had fallen and smashed their baby girl leaving nothing but an…”ink spot”.

Yeah…go ahead….laugh. It’s all fun and games until someone goes through childhood, adolescence, and most of adulthood thinking she’s too dark and ugly.

Can you imagine the havoc and damage this teasing wreaks on a young black child’s self esteem? I would look at the pictures of the Little Black Sambo and Tar Baby caricatures and think “this is what I look like?” So not only am I black as tar, but I’m ugly too? No wonder the boys flocked to the “Tanya Grahams” – the high yeller, redbone, high premium, highly sought after girls.

As I got older, I lost count of how many times I was told “Oh, you’re cute for a dark-skinned girl”. See, God didn’t make attractive girls in darker hues. That back-handed compliment used to annoy me. Now, on the rare occasion I hear it, I just feel pity for the ignorant bastard who says it.

Then there was the time my sister bought my niece a black Cabbage Patch doll. My paternal grandmother, in all of her color struck glory, asked my sister “Why did you buy this black doll?”

My mother immediately chimed in, “What’s wrong with the black doll?”

“Well, nothing…but couldn’t you have bought the white doll and pretended she was light-skinned?” replied my grandmother.

When Sen Harry Reid‘s statement became public and flipped the lid off the proverbial can of woims (yes…woims), he not only gave the political pundits fodder and a call for his resignation by republicans, he also spurred journalists and bloggers to re-visit some painful history…mine included.

I gave myself the name Chocl8t to celebrate and showcase what has taken a lifetime to LOVE.