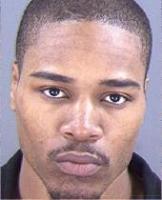 One of the persons involved in this idiotic fiasco is a close friend to a couple of people I love dearly. Out of respect for their friendship I held my peace and delayed posting about the unfolding drama. I wanted to see how it would play out even though I suspected it would end just as it did. But hell, you didn’t have to have a degree in quantum physics to figure it out.

Benny Allen has spent time with my family, shared meals with us, celebrated some of life’s milestones with us (he attended my 40th birthday party), and has been a visitor in not only my sister’s home, but mine also.

Nothing about this young man would have given anyone an inclination that he would make such a profoundly stupid decision. Oh, I could point to my intuition that something didn’t quite sit right with me about him, but nothing I could point to specifically because he was never disrespectful nor rude. In fact, he was quiet and well mannered. But nonetheless, there was just something about him that warned me to keep him at arms’ length.